Skyscrapers of the Future: Three Visionary Concepts for Vertical Architecture

US-based architecture and design magazine eVolo have announced the winners of their annual Skyscraper Competition, which has grown into one of the world’s most eminent awards for high-rise architecture since it was first held in 2006.

The worldwide competition seeks to recognise “…visionary ideas that through the novel use of technology, materials, programs, aesthetics, and spatial organisations, challenge the way we understand vertical architecture and its relationship with the natural and built environments.”

There are no restrictions regarding site, program or size for those who enter the competition, meaning entrants can let their imagination run wild.

This year, the Jury selected 3 winners and 27 honourable mentions out of 478 total submissions from around the world. For our latest blog post, we have taken a closer look at the three projects that stood out from the rest of the competition. 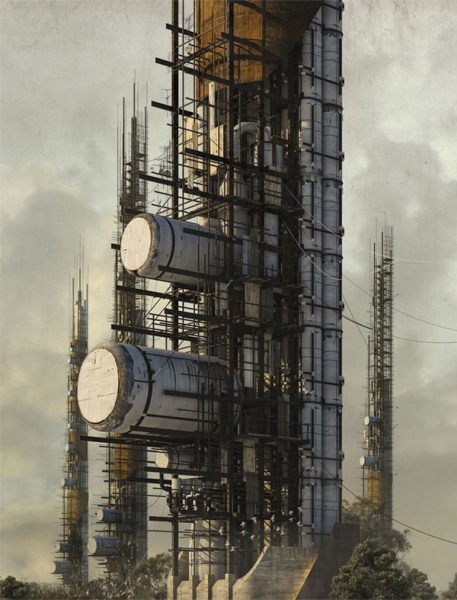 The winning entrant proposes a vertical city-district in Belgrade that operates as a form of vertical landfill with a secondary purpose.

Dragicevic’s design seeks to mitigate the huge amounts of waste created in cities, which ends up in landfills. This not only has environmental consequences but is also a missed opportunity given the potential of methane for electrical energy. The proposal states that organic matter could be craned into modular units on the vertical structure. The decomposing waste will eventually produce methane that can be filtered and stored as an energy source.

“The towers are module-based, and every tower is consisted of waste capsules that are attached to the concrete core. Firstly, city waste is being delivered to sorting facility, where it is categorized by type (glass, plastic, organic matter, paper, wood, metal), after which it is sent to temporary landfill. The recyclable waste is taken to recycling facility, and organic matter, parts of wood and paper materials are gathered and disposed into modular waste capsules. These capsules are attached to the tower core by cranes. Every capsule is equipped with inhaler and pipeline that connects to the methane tank, and when organic matter rots, methane produced by the process is drawn from each capsule and later transformed into energy. When the matter in a capsule decomposes completely, the capsule can be taken out, cleaned and refilled.” 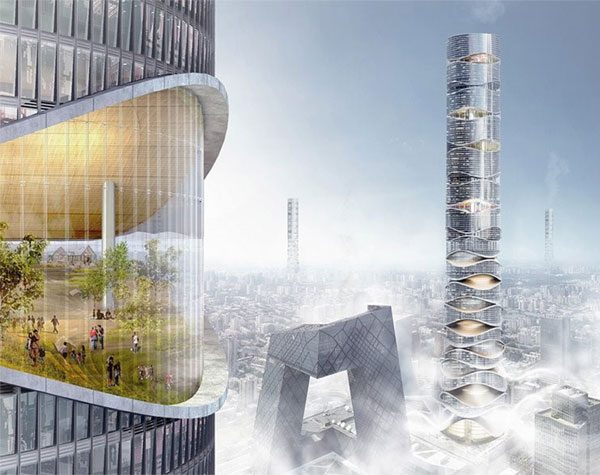 Mitigating air pollution was a key theme for the runner-up entry ‘Airscraper’, an 800-metre-tall mixed-use tower concept for Beijing. ‘Airscraper’ utilises the stack effect to suck in polluted air from street level into a 30-metre wide inner ‘chimney’, where the air is cleaned by a complex filtration system.

The entire width of the tower is 60-metres; three types of modules are “stacked around” the inner chimney, all of which “perform a specific task to achieve the overall task of cleaning the air.”

Solar-Gain Modules in the middle section of the structure are equipped with kinetic reflective mirrors to reflect sun onto the black stone surface of the chimney, which generates the requisite stack effect for upward air circulation. This natural phenomenon is “more sustainable, and has the potential to reduce the CO2 footprint associated with ventilation.”

400 metres and above is the residential section of the tower where Green-Garden Modules are incorporated. The modules “include dense vegetation of various kinds, which not only help to adjust air oxygen levels and balance the micro-climate of the tower, but also provide attractive and healthy public areas to serve the wellbeing of the tower occupants and improve the daylighting of the inner chimney atrium.” 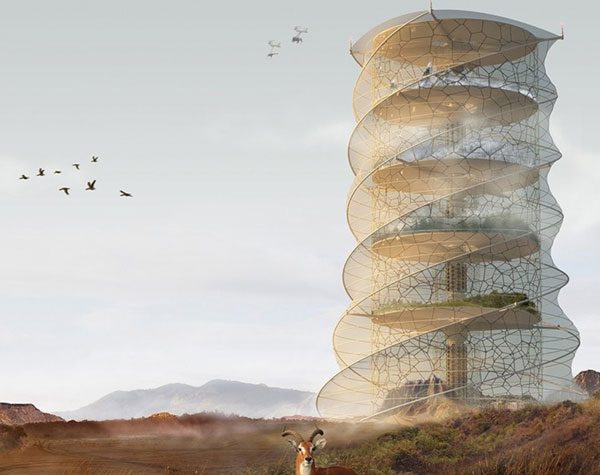 Third prize went to a proposal for a layered nature reserve arranged in a vertical structure and featuring five different levels of controlled climate. Each level is a reflection of the climates found at different latitudes and longitudes across the globe, namely polar, continental, temperate, tropical and arid. Each of these five internal climates are regulated by a double skin that surrounds the structure, while a research station is located at the heart of the Creature Ark.

“The residents in the building are endangered animals living within the simulation environment, while the research team and public tourist should be only considered as temporary visitors. The proposed skyscraper is willing to recall the close relationship between human beings and their mother nature by the form of architecture. Every component in the ecosystem could hardly behave or survive as an individual literally, hence all living creature should appropriate the gifts from nature and they should be treated and valued equally.”

Among the 27 honourable mentions were the Horizontal City Of No Nation, a skyscraper to be built along the border of two nations to address displacement problems by providing “…security and development opportunities for refugees”. 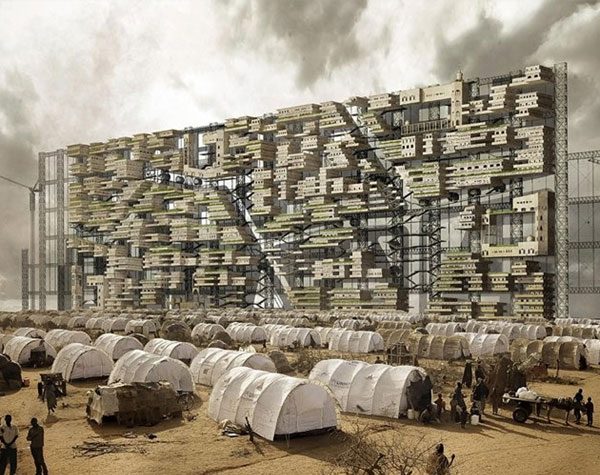 Another innovative concept is FILTRATION, a “waste-management and waste-to-energy power plant skyscraper” that seeks to address the vast marine debris in the North Pacific Ocean. 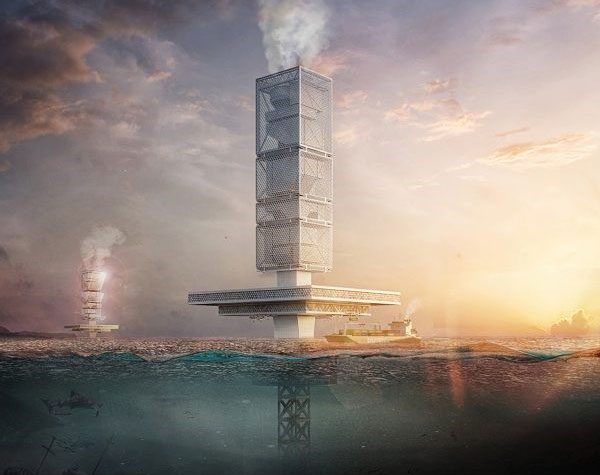 More details about the three winning entries and 27 honourable mentions can be found at the eVolo website, in addition to awarded entries from previous years.