Each month we will be asking Exactal Product Specialists about time-saving tips and features within CostX® that allow users to work as efficiently as possible. For this month’s blog we spoke to Madison Garni, who works from Exactal’s United States office in Austin as a dedicated Product Specialist.

CostX® is built for efficiency, and there is significant value to be found in creating templates and similar time-saving measures during your CostX® implementation process. A good example of this is working with Standard Dimension Groups, which can reduce the initial setup time of your projects.

We’ll start by setting up default Standard Dimension Groups in System Administration. You can access this from the top left CostX® button, which can be seen in the below image. 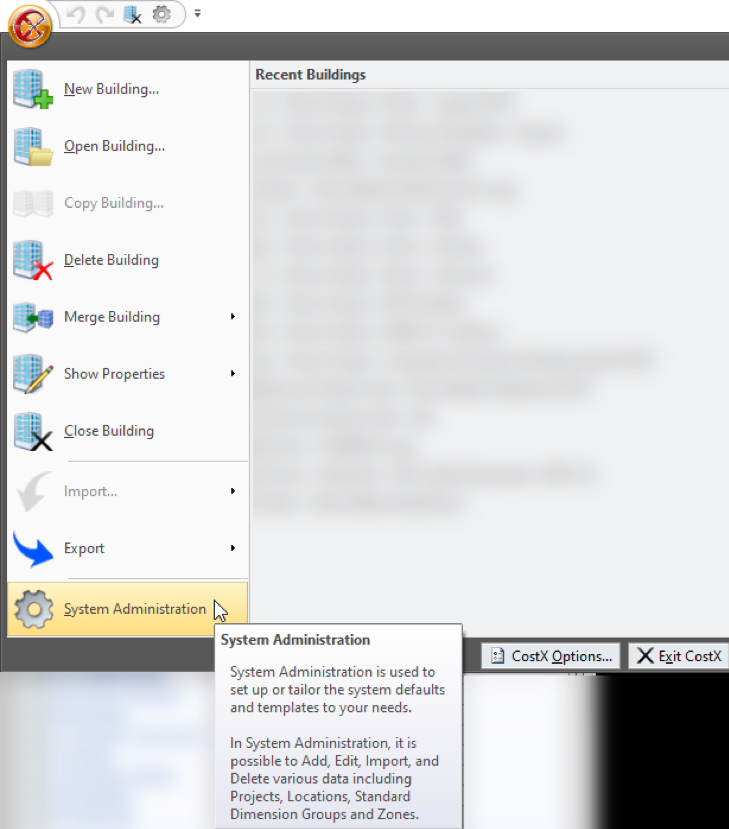 From here go to ‘Measurement’, then select ‘Standard Dimension Groups’, as shown below. 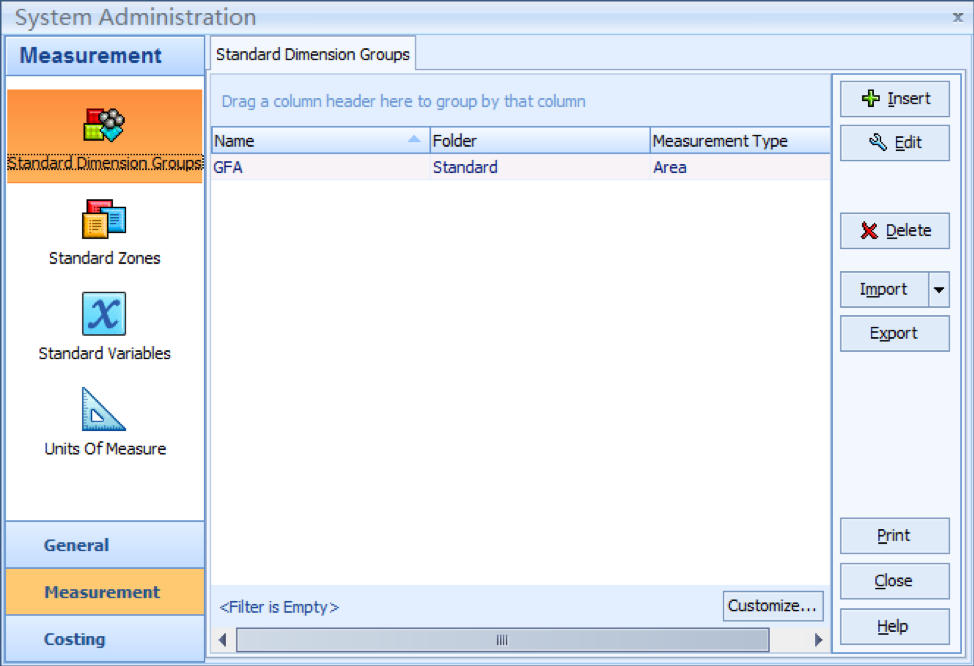 Within this option, you can click the ‘Import’ button to bring in your Standard Dimension Groups from EXF or CSV, or else build your own from scratch via the ‘Insert’ button. It’s important to note that you can choose to incorporate what you create as a default for future projects. If desired, you can also export and share selected Standard Dimension Groups with another user through an EXF.

If you’d rather build your own Standard Dimension Groups from scratch, select ‘Insert’ as mentioned above. The following screen will appear, prompting for the Name, Folder, Measurement Type, etc. to be filled out. It’s in this window that the option to ‘Include by Default’ is available. Chosen Standard Dimension Groups can then be selected when a new building is created. It’s a simple process to modify relevant properties here, depending on what is suitable for your own workflows. 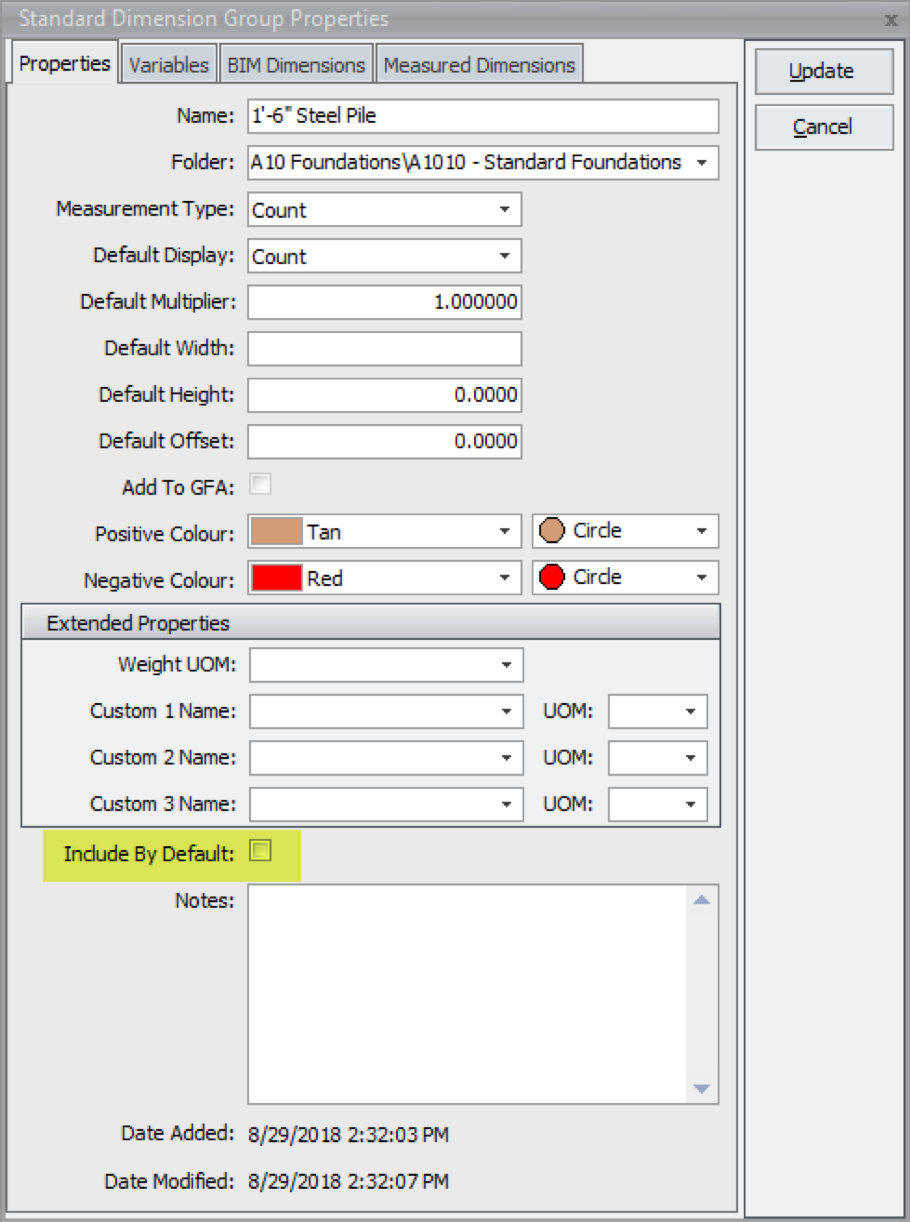 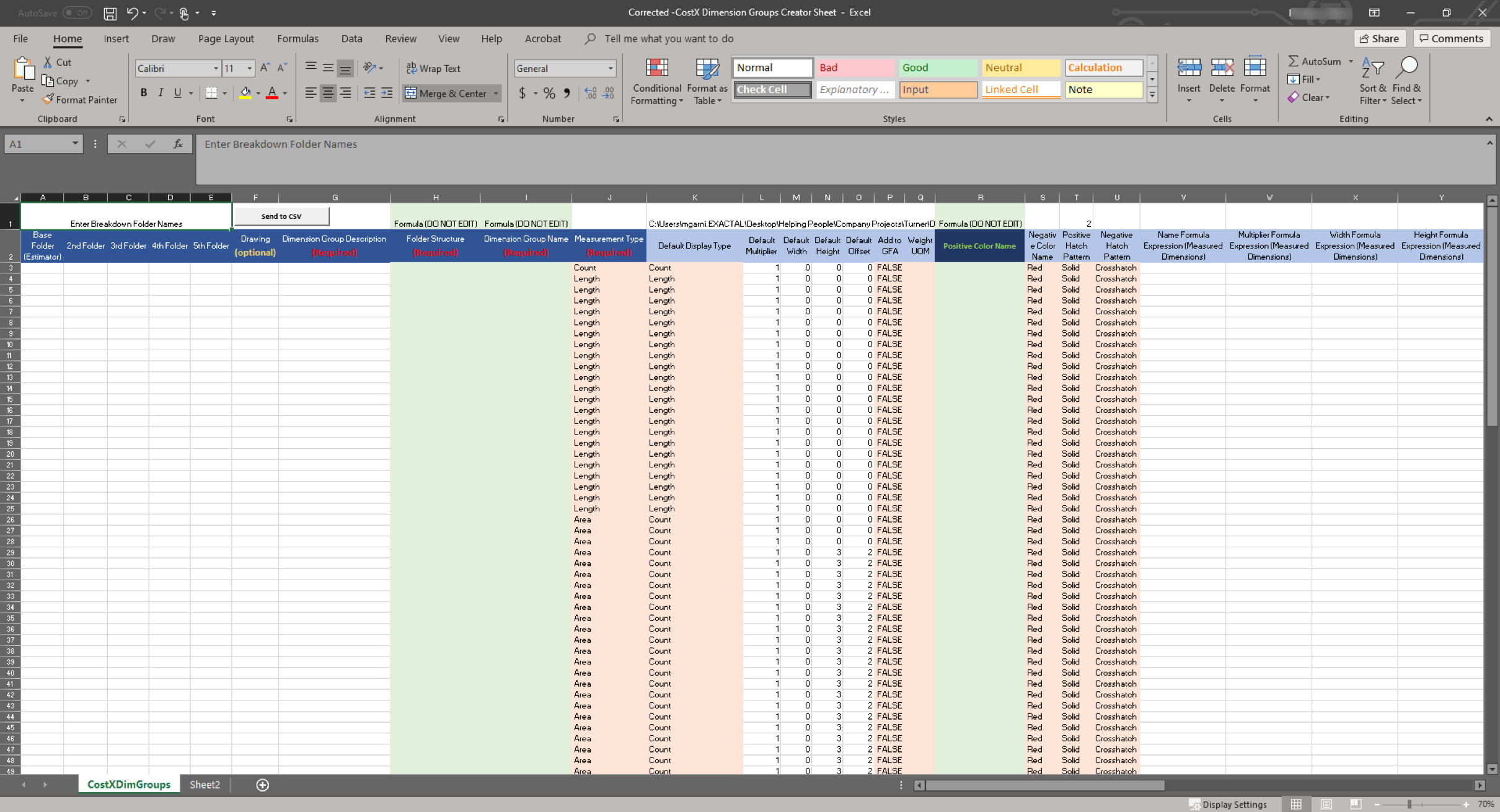 By using the CostX® Dimension Groups Creator Sheet, you can establish your base Standard Dimension Groups. From here, it’s recommended to save one copy as an Excel Workbook for any necessary changes, then save another as a CSV which can be easily imported into CostX®.

After creating and storing a CSV version of what you wish to use as the Standard Dimension Groups, you can create a universal set that can be imported to each job. This is done by going to the Dimensions tab, clicking the arrow beneath ‘Add’ and then ‘Import Dimension Groups from CSV…’, as demonstrated below. 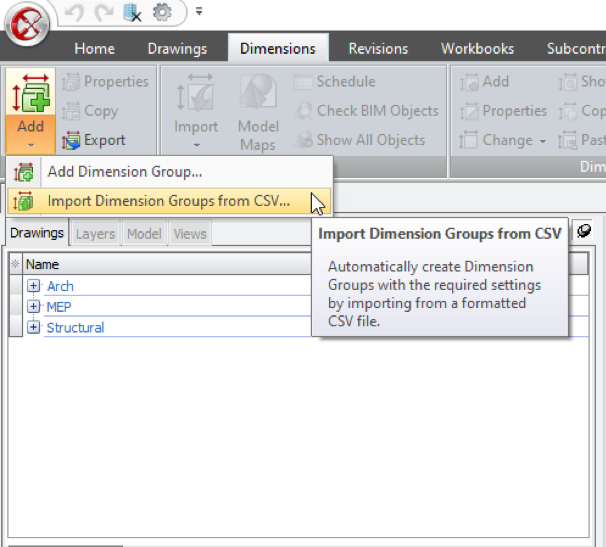 Building trusted Standard Dimension Groups means you don’t have to create unique groups every time you start a new project. This allows you to keep your workflows consistent and get down to estimating as soon as possible. It is one of many time-saving techniques that should be considered when you first get started with CostX®, but you can make use of it at any time. It’s similar to using sample files to create CostX® templates, which was also covered in our blog series recently.

To learn more about the variety of time-saving features available with CostX®, feel free to contact your nearest Exactal office today. Exactal operates from nine offices worldwide, so clients under maintenance can always rely upon timely assistance and product support as they get started with our software solutions.